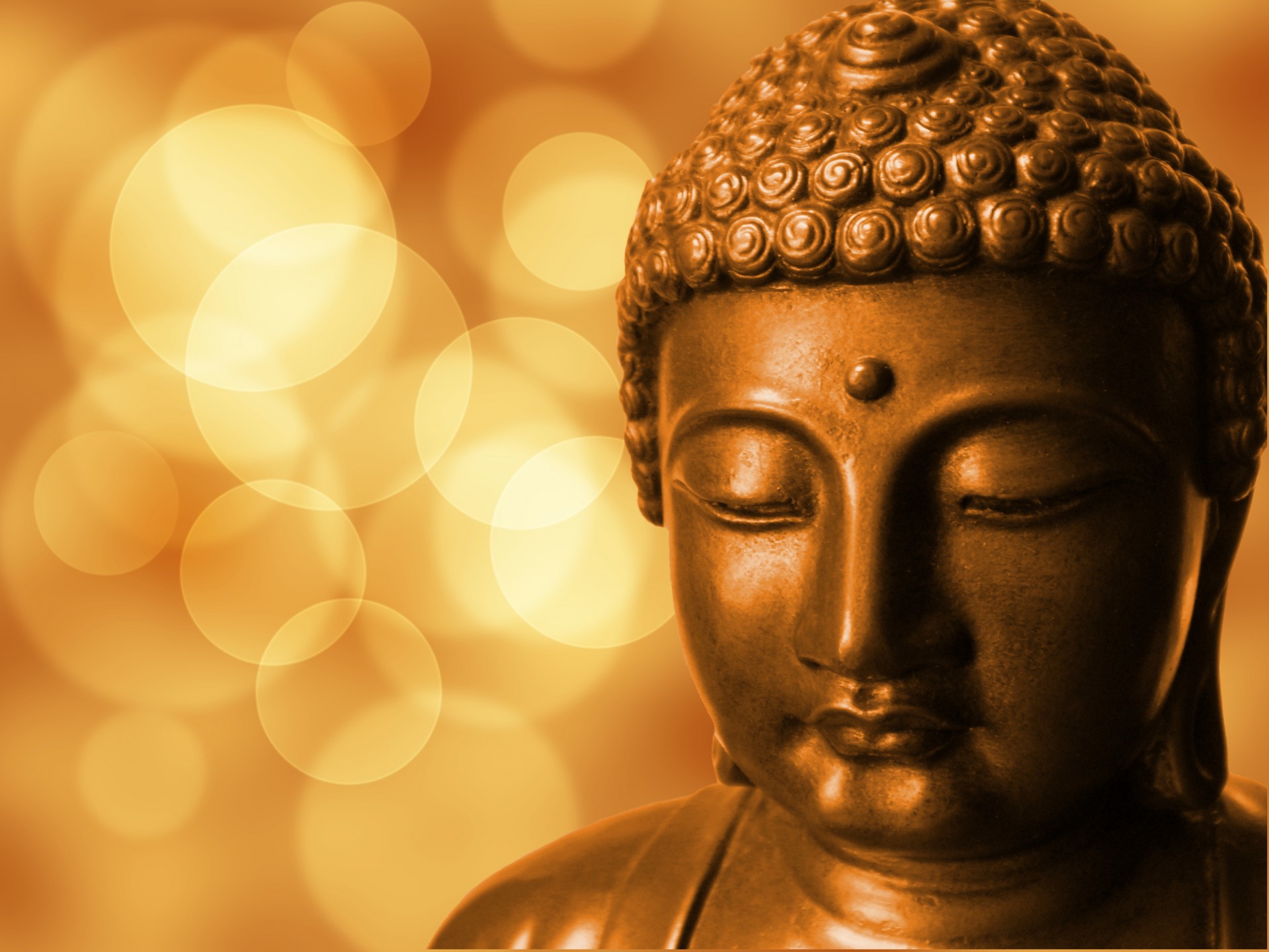 Siddhartha was born into the royal family of a small kingdom on the Indian-Nepalese border. According to the traditional story he had a privileged upbringing, but was jolted out of his sheltered life on realising that life includes the harsh facts of old age, sickness, and death.

This prompted him to puzzle over the meaning of life. Eventually he felt impelled to leave his palace and follow the traditional Indian path of the wandering holy man, a seeker after Truth. He became very adept at meditation under various teachers, and then took up ascetic practices. This was based on the belief that one could free the spirit by denying the flesh. He practised austerities so determinedly that he almost starved to death. But he still hadn't solved the mystery of life and death.

True understanding seemed as far away as ever. So he abandoned this way and looked into his own heart and mind; he decided to trust his intuition and learn from direct experience. He sat down beneath a pipal tree and vowed to stay there until he'd gained Enlightenment. After 40 days, on the full moon in May, Siddhartha finally attained ultimate Freedom.

Buddhists believe he reached a state of being that goes beyond anything else in the world. If normal experience is based on conditions — upbringing, psychology, opinions, perceptions — Enlightenment is Unconditioned. A Buddha is free from greed, hatred and ignorance, and characterised by wisdom, compassion and freedom. Enlightenment brings insight into the deepest workings of life, and therefore into the cause of human suffering — the problem that had initially set him on his spiritual quest.

During the remaining 45 years of his life, the Buddha travelled through much of northern India, spreading his understanding. His teaching is known in the East as the Buddha-dharma or 'teaching of the Enlightened One'. He reached people from all walks of life and many of his disciples gained Enlightenment. They, in turn, taught others and in this way an unbroken chain of teaching has continued, right down to the present day.

The Buddha was not a god and he made no claim to divinity. He was a human being who, through tremendous effort of heart and mind, transformed all limitations. He affirmed the potential of every being to reach Buddhahood. Buddhists see him as an ideal human being, and a guide who can lead us all towards Enlightenment.

I can die happily. I have not kept a single teaching hidden in a closed hand. Everything that is useful for you, I have already given. Be your own guiding light."