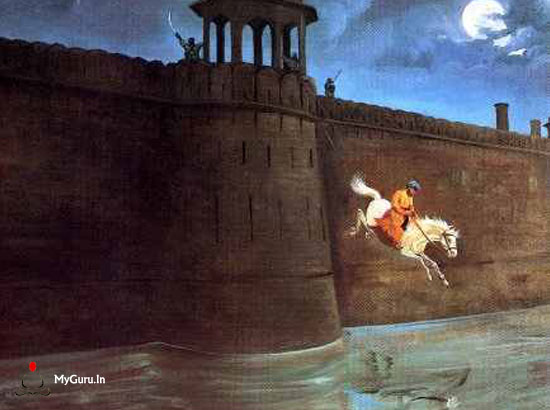 Bhai Bidhi Chand Chhina (d 1640) was a Sikh warrior and religious preacher, who lived at the time of Guru Hargobind. Bhai Bidhi Chand was deciple of 5th Sikh master Guru Arjan Dev Ji and served 6th master Guru Hargobind sahib ji for most of his life. He was a Chhina Jat of the village of Sursingh, 34 km south of Amritsar. How ever village Chhina Bidhi Chand was then known as Chhina Theh Wale but when Maharaja Ranjit Singh took over Punjab he changed the name of this historic village to Chhina Bidhi Chand after the name of great deciple of great Sikh masters "Baba Bidhi Chand ji". His father\'s name was Bhai Vassan and his grandfather\'s Bhai Bhikkhi. His mother was from Sirhah, another village in the same district. As a young man Bidhi Chand had fallen into bad company and taken to banditry. He was one of five close Sikhs of Guru Arjun Dev and Guru Har Gobind.

History
As a young man Bidhi Chand had fallen into bad company and taken to banditry. One day, a pious Sikh, Bhai Adali of the village of Chohia, led him into Guru Arjan\'s presence where he underwent a remarkable transformation. His life of banditry and misdeeds ended for he knew now wanted nothing more thana life of dedication to the service of the Guru.

With Guru Arjun
He was one of the five Sikhs chosen to accompany Guru Arjan on his journey to martyrdom at Lahore in 1606. With the death of his father Guru Hargobind now turned his thoughts to training and raising an army to resist the dangers that seemingly threatened his sangat of peace loving Sikhs at every turn. He chose Bidhi Chand to be one of the commanders of the Risaldari (Cavalry) he was raising. He displayed great feats of valour in several battles with the Mughal troops.

With Guru Hargobind
His best known exploit, however, was the recovery of the two now famous horses, Dilbagh and Gulbagh, from the stables of the governor at Lahore\'s Fort. The horses belonged to a Sikh who had raised and trained them and was bringing them from Kabul as an offering for Guru Hargobind. All along the way the horses had attracted attention. The stories of their extraordinary qualities and beauty had arrived at the Mogul govenor\'s court long before the horses reached Lahore. The Govenor offered the Sikh owner a fortune for each animal. With his offers rebuffed he had his men seize them.
Both horses were recovered from the Moghul satrap\'s stables when Bidhi jumped a low parapet and rode each of themthem down a sloped wall into the river Ravi. The saying goes fool me once shame on you--fool me twice shame on me.Returning later Bidi disguised himself as an Astrologer. Soon he arranged a demonstration of how the first horse was taken.
Bidhi Chand recovered the first horse after earning the trust of the stablemen who had allowed him to sleep in the stables after he pretended to be a hayseller. It is said that the first horse\'s health became a concern being away from his lifelong companion. So in a daring even almost beyond belief the daring Bidhi returned , this time well disguised as an astrologer, a sooth sayer, who after earning the Govenors trust staged a bit of courtly entertainment re-enacting the first event. The Govenor and his guards were very susprised when, suddenly the new court astrologer jumped over the battlements, half slid down the slopping wall into the river, never to be seen again.
Bhai Bidhi Chand dressed as an astrologer rides Dilbagh to the River Ravi
Besides being a brave warrior, Bidhi Chand was well versed in Sikh lore and tenets. From Kiratpur, he was sent out by Guru Hargobind on a preaching mission to the eastern provinces where a Muslim saint, Sundar Shah of Devnagar, became so attached to him that, before he left for the Punjab, he secured his word that he would return and spend the his last days with the dying Sant.
Bidhi Chand examined the place, visited the stable and caressed Dilbagh who responded by low neighing. Then he sat in meditation. After a time he said he would ride the horse in the compoud to see if it could jump up as high as the fort wall. Just at that very place he kicked the horse and it plunged into the river over it. He made for the Guru and produced it before him at village Kangar in Malwa. The Guru was highly delighted and observed.

Final Days of Life
According to Gurbilas Chhevin Patshahi, Bidhi Chand remembered his promise and, as he saw his end drawing near, he took his leave of Guru Hargobind and went to Devnagar. The two friends spent three days reflecting together on the teaching of Guru Nanak, whereafter, continues the Gurbilas, both died at the same time (14 August 1640). Sundar Shah\'s disciples buried the one in accordance with Muslim rites and cremated the other in accordance with Sikh rites, and raised shrines in their honour. Some time later, Lal Chand, a nephew of Bhai Bidhi Chand, brought from the site of his shrine at Devnagar some earth over which he built a samadh in his ancestral village of Sursingh

Sadhaa mukath thaa kae poorae kaam || jaa kai ridhai vasai har naam ||2||
He is liberated forever and all his affairs are perfectly resolved; within whose heart abides the Lord\'s Name. ||2||