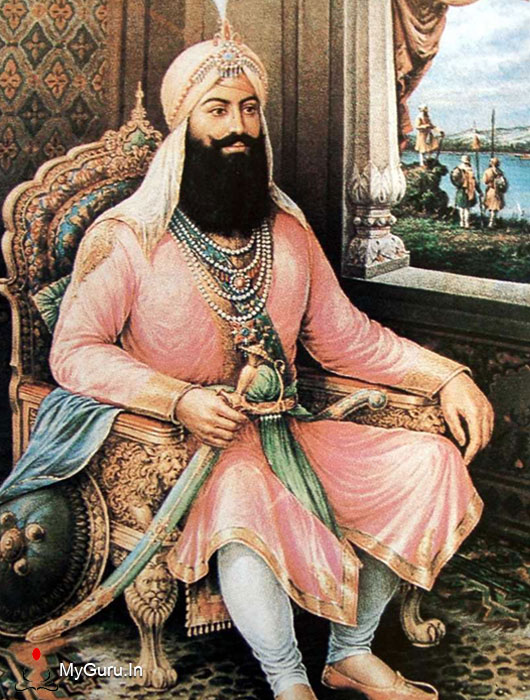 Jassa Singh Ramgarhia (1723–1803) was a prominent Sikh leader during the period of the Sikh Confederacy. He was the Commander of the Ramgarhia Misl (or Confederacy) from 1716 to 1801.
Every Ramgarhia feels to be proud when he or she hears or read the name of Maharaja Jassa Singh Ji Ramgarhia, Which indicates that Maharaja Jassa Singh must have been an important person in Sikh history. In one sentence it can be said that He was the founder of Sikh Missal which was the most powerful and by size the largest of all the Twelve Sikh Missals.

History
Jassa Singh Ramgarhia was born the oldest son of Sardar Bhagwan Singh Bhambhra at Guga Buha village, near Amritsar, in 1723. He came from a Tarkhan family.
His grandfather, Hardas Singh, was originally from Sur Singh, then, a village in the Lahore district,and now in the Tarn Taran District Warrior-diplomat: Jassa Singh Ramgarhia - Harbans Singh Virdi and had taken Pahul (the Sikh baptismal oath) from Guru Gobind Singh. Hardas preached the message of the Gobind Singh from village to village and after the death of the guru, he joined the forces of Banda Bahadur to fight against the Mughal Empire. Hardas died in a skirmish in 1716. His son, Bhagwan Singh, became the head of the family, and with two hundred followers joined the Mughal forces under the Governor of Lahore, Khan Bahadur. Bhagwan\'s abilities caused him to become a distinguished officer. Ht died in battle in 1739, during Nadir Shah\'s invasion of India.
16 years after Guru Gobind Singh has left heavenly abode in Nander in the province of Maharashtra. At the age of 17 he was posted as a commander of the army by Zakaria khan (Ruler Of Punjab). After serving Zakaria Khan, he joined Sardar Nand Singh\'s army called the Dal Khalsa and was distinguished as having special qualities of soldier.
By the year 1774 Maharaja Jassa Singh Ji Ramgarhia was the most powerful Sikh Maharaja in Punjab. His kingdom was by far the biggest and most powerful than any other Sikh Sardar\'s. His kingdom stretched from deacons of Doaba to the footsteps of the Himalayas stretching over an area of thousands of miles.

Personality
Purnima Dhavan has commented "Jassa Singh Ramgarhia appeared to have a shrewed grasp of realpolitik, relying equally on diplomatic persuation and martial prowess to accompalish his goals........supporters appear to have valued his political acuman, plain-spoken behaviour, and simple if rough ways".

Career
Jassa Singh had four brothers, Jai Singh, Khushal Singh, Mali Singh and Tara Singh. and when his father Bhagwan died he became head of the family.
He and his four brothers served in the Imperial Army under Khan Bahadhur. He was appointed a "Risaldar" (a Commander) by Adina Beg Khan. He and his brothers were given five villages as reward for their services. These villages were Valla, Verka, Sultanwind, Tung and Chabba.

Misl period
after the siege of Ram Rauni, Jassa Singh abandoned the serivice of Adina Beg Khan and joined his Sikh brethren.