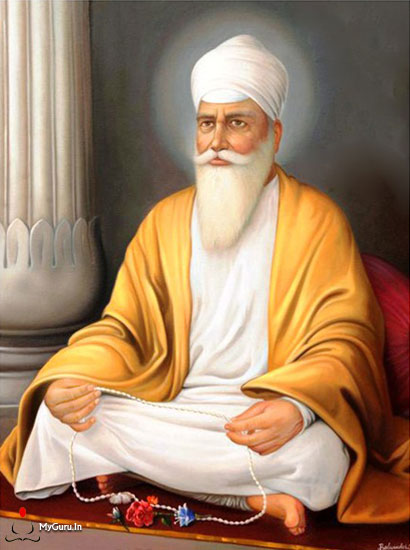 Satguru Balak Singh Ji was born in March 1784 A.D. corresponding to full moon night of Chetra, 1841 Bikrami in Sarwala, District Camblepur. His father was Baba Dial Singh and mother Mata Bhag Bhari. He was a born sage by birth with unusual habits, in his childhood he was very calm and serene in nature and loved to remain in solitude. He would spend most of his time in reciting hymns in praise of God. He loved to remain in the company of Saintly persons rather than the boys of his age. As he grew up, he abjured all the worldly pleasures and gaudy things. He would spend most of his time in deep meditation.

Giani Gian Singh Ji had narrated this fact in his famous opus Panth Prakash in the following words:
Nevertheless,
The Tenth Master appeared in person
and informed him:
Ram Singh is my incarnation
partaking of an element of mine.
I have, therefore,
entrusted him, and none else,
with my authority.

-Panth Prakash, 1 st edition
The Master\'s message was clear and firm. According to Giani Gian Singh, the Namdhari Sikhs regard Satguru Balak Singh Ji, the 11th incarnation of Satguru Nanak Dev Ji.
In 1828 A.D. Satguru Balak Singh Ji shifted to Hajron, and set up a shop there. He earned his livelihood by simple and honest labour. The poor people particularly benefited as they could get their merchandise at comparatively low rates. His fame spread far and wide. Satguru Balak Singh Ji often absorbed himself in deep meditation in solitude for hours. One day Satguru Balak Singh Ji was in deep meditation on the banks of river Haron, when the Lord Almighty appeared in person and asked him to devote himself for the welfare of the suffering humanity. He should meditate on Nam Simran himself and inspire others to do the same. Satguru Balak Singh Ji replied humbly, "O Lord!
My only desire is to worship and be one with you, so as never to be separated again. Kindly entrust this task to some one else". "Satguru Gobind Singh has already bestowed upon you the Gurgaddi. You only have to carry on this duty till the arrival of Thakur Ji (Satguru Ram Singh Ji)", the Lord replied. Thereafter Satguru Balak Singh Ji started preaching Sikhism and blessing the people with Naam. His religious discourses transformed innumerable drunkards, smokers and non-vegetarians into saints.

SPIRITUAL MESSAGE
Giani Gian Singh Ji has narrated this fact in Panth Prakash in the following words:
The spiritual message that Balak Singh delivered
was of immense benefit to men and women.
It helped them swim across the Vast Sea of Existence.
And,
the Creator Himself had revealed His Word
and charged him
to spread it for the purification of human life.

-Panth Prakash, 1 st edition
the following are the salient features of the spiritual message delivered by Satguru Balak Singh Ji to his disciples:
1. Have full faith in the Guru\'s word.
2. Contemplate on Gurmantar day and night.
3. Do not utter Gurmantar loudly; mutter it silently and do not tell it to others.
4. Always recite Gurbani.
5. Recitation or listening to Gurbani without taking a wash along with hair becomes a sin instead of virtue.
6. Do not worship the imaginary idols. Always worship the Almighty and the true Guru.
7. Do not accept eatables from those who have not been blessed with Gurumantar.
8. Don\'t tell lies under any circumstances.
9. Do not steal or commit adultery.
10. Earn your livelihood by honest labour.
11. Share your eatable with others.
12. Gursikhs should greet each other with ovation \'Sat Sri Akal\' and touching each other\'s feet.
13. Do not be greedy for holy pudding offered in shrines. Be contended with a little bit only.
14. Regard the unrelated women as your own mother, sister or daughter.
15. Donate tenth part of your earnings for religious purpose.
16. Do not serve the foreign rulers.

“Guru Gobind Singh has already bestowed upon you the Gurgaddi. You only have to carry on this duty till the arrival of Thakur Ji (Sri Satguru Ram Singh Ji)”, the Lord replied. Thence onwards, he started preaching Sikh tenets and blessing the people with Naam: Religion of Naam and of the Guru’s.
The people held him high esteem and felt salvation in his words. Sh Ram Sahi Ji, Baba Sangta Ji, Dhani Ram Ji were some of his devotees, who reached spiritual heights and became saints of high caliber. Thus a large number of Sikhs became his disciples and devotees. The spiritual following his Gursikhi Maryada and Sikh tenets, they were able to swim across the vast sea of existence. Naam blessed by him was the destroyer of evil and led a life of renunciation; he was an awakened soul and always recited Gurbani in his congregation. Satrguru Balak Singh Ji preached his disciples to always follow the path of righteousness, truthfulness, honesty and selfless service to the weaker section of the society. He made it obligatory for all his followers to get blessed with Naam from the Guru, mediate upon it and recite Gurbani daily. He left for his heavenly abode on 6 of December in 1862.