Come to Brij for Fascinating Holi

People from all corners of India, rather, world gather at Mathura-Vrindavan every year to feel the essence of Holi in the land of Krishna. People relive the legends of Holi associated with Radha and Krishna and play pranks the young Krishna played with the cowgirls called gopis. The underlying feeling of this fun-frolic was love and devotion. Even today, romance can be experienced in the very ambiance in the Krishna-nagari. One just needs to breathe in this air and drench oneself in the feeling of love and romance. Innumerable colours of Holi are simply a fascia on this. 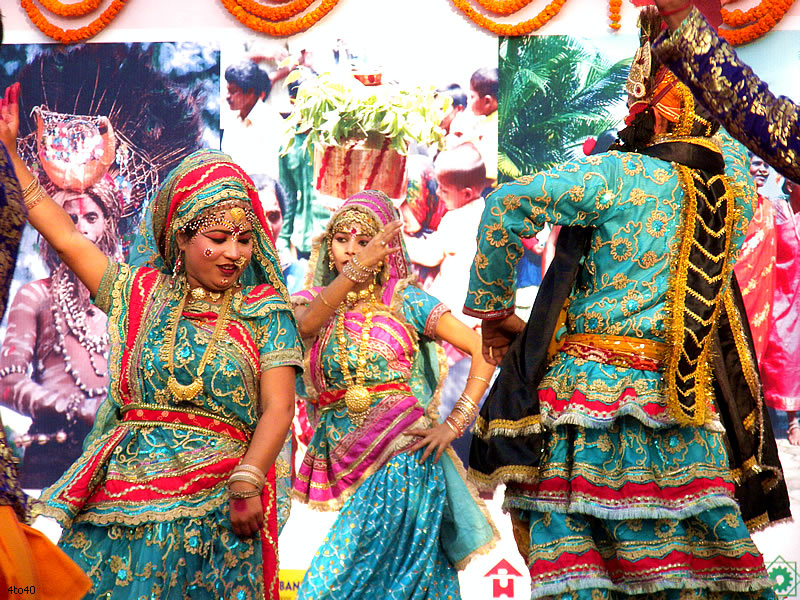 Celebrations Continue for a Week

With an immensely strong bonding with Lord Krishna, people of Mathura and Vrindavan celebrate Holi for over a week. Each major Krishna temple celebrates Holi on a different day.

Of immense interest for the tourist is the celebrations which take place at the famous Bakai-Bihari Temple at Vrindavan. Drenched in the colours of Holi people can be found totally immersed in the spirit of devotion here.

Another interesting place for Holi celebrations is Gulal-Kund in Braj; a beautiful little lake near Govardhan mountain. Here, the festival is commemorated on a more regular basis. Pilgrims can see the re-enactments of Holi throughout the year at this lake. Local boys, acting in the Krishna-Lila drama troupes re-enact the scenes of Holi for the pilgrims.

So much is the passion of the people here, that they throng these temples every day and get drenched in coloured water...all in the name of the Lord they love so much.

The tradition of playing colours on Holi draws its roots from a legend of Radha and Krishna. It is said that young Krishna was jealous of Radha's fair complexion since he himself was very dark. He narrated his woe to mother Yashoda, who teasingly asked him to colour Radha's face in which ever colour he wanted. In a mischievous mood, Krishna applied colour on Radha's face. The tradition of applying colour on one's beloved is being religiously followed till date.

HAAPY HOLI TO ALL OF YOU