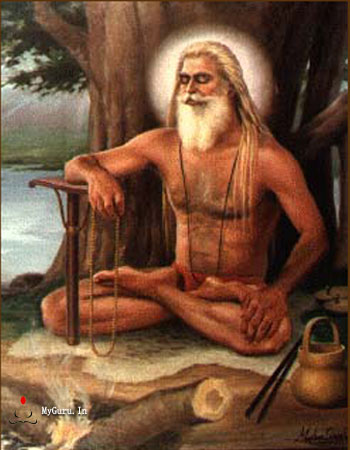 History
He was born Palce in the village of Talwandi of Tehsil Khadagpur in Lahore (now in Pakistan) in 1494 as the elder son of Guru Nanak, the First Sikh Guru. As a child, he was of contemplative nature, and he became the first person to whom Guru Nanak prescribed the life of an Udasi.
At the tender age of eleven, he went to live in Kashmir and within a period of seven years he had mastered of all the Vedas, Puranas and other scriptures from Pandit Purushottam Kaul.It was in Srinagar, Kashmir, that Babaji received initiation into the Udasin tradition from the great Udasin saint, Avinashi Muni. He did intense austerities and sadhana in Kashmir and travelled extensively all over India.

Career
He lived to the great age of 149, It is believed that throughout his life he retained his divinely charming youthful physical features, and his guidance was revered by the first six Sikh Gurus. he travelled all over in India and many of the Asian countries to arouse people from their stupor and instil righteousness and true spirituality in them. He went on pilgrimages to all the main pilgrim centres of the country, but his main field of activity was the border area of India, Kashmir, Punjab, Nepal, Peshavar, Sindh and Kandhar (Afghanistan).

Acharyaji was a great scholar of Sanskrit, Hindi, Persian, and Punjabi and was an inspired poet. He wrote a huge volume of spiritual poetry. Matra, written in 39 short verses, is very famous and is revered like the Vedas in the Udasin order. Babaji believed in and preached that the Absolute Divine Truth is One without a second. Along with numerous Hindu kings, many Muslim rulers also had great reverence for Babaji. King Humanyu and Jahangir came to have his darshan. After Shri Guru Nanak Devji, all the Sikh Gurus up to the sixth Guru, Shri Hargovind Devji, used to come to Babaji for his darshan. Although outwardly Baba Shrichandraji\'s life and that of his great father, Guru Nanak Devji, was different, because the former was a monk and the latter a householder, both are considered divine souls. In the Udasin tradition, Guru Nanak Devji is regarded as an incarnation of Lord Vishnu and Baba Shrichandraji, that of Lord Shiva.
When the time of Babaji\'s departure from this earthly life arrived, he appointed four of his close disciples, Kamlasan, Balhas, Govind Dev and Pushpa Dev, as his successors at different places. As is commonly believed, in 1643, he crossed the river Chamba (now in Himachal Pradesh) sitting on a huge stone boulder which floated on the water by his yogic power. He then disappeared into the forest, never to be seen again. That huge stone is still located and worshipped in the sanctum sanctorum of a temple dedicated to Babaji in Chamba.
Back
Comments:
नवरात्री Navratri
श्री दुर्गा कवच
Free Kundali Predictions
Todays Panchang
Calulate Your Rashi
Free Tarot Reading
Astro Remedies
Buddhism
Nakshatra Characteristics
श्री साईं बाबा Shri Sai Baba
राशिफल Horoscope
Calculators
जन्मदिन विवरण Birthday Details
स्वप्न विश्लेषण Dream Analysis
प्रश्नावलियाँ Prashnavalis
व्रत & पूजा विधि Vrat & Pooja Vidhi
आरती संग्रह Aarti Sangrah
चालीसा संग्रह Chalisa Sangrah
स्तुति संग्रह Stuti Sangrah
स्त्रोत्र संग्रह Strotra Sangrah
मंत्र संग्रह Mantra Sangrah
कवच संग्रह Kavach Sangrah
सुन्दरकाण्ड Sundarkand
नामावली संग्रह Namavali Sangrah
Vedas
Spiritual Books
Pilgrimage in India
Sms Collection
Thoughts
Inspirations
Baby Names
Palmistry Tutorials
Vastu Shastra
Feng Shui
Yearly Festival Calendar
Vegetarian Restaurants
Vegetarian Recipes
Essays
Explore Myguru
Status
Kanwar Yatra(कांवड़ यात्रा)
धार्मिक स्थल
Gurudwaras(गुरूद्वारे)
अदभुत धार्मिक स्थल
विशेष धार्मिक स्थल
मुख्य धार्मिक स्थल