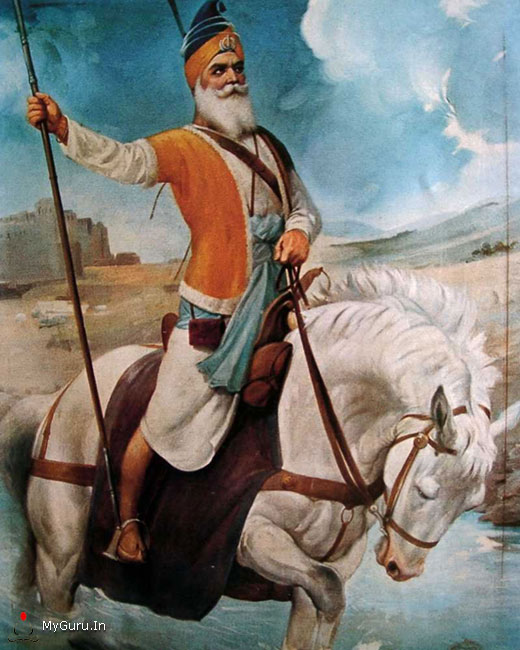 Akali Phula Singh was a nihang serving under the Sikh Empire as a direct adviser to Maharajah Ranjit Singh in the early 19th century.

History
the Jathedar of Amritsar
His surname was Sarao; Akali Phula Singh joined an order of nihang at an early age. At the age of eighteen, Phula was transferred to the fort of Gobindgarh. There, he formed a band of nihang separate from the others serving at the fort. When Phula Singh returned to Amritsar later that year with his band of nihang, he had found the Maharajah to be the new ruler of the city. He and his band of nihang joined the Maharajah and in 1807 he was elevated to the position of the Jathedar of Amritsar.

Conflicts with the Maharajah
Europeanisation of the Khalsa Army
Despite what some may say, Phula Singh was extremely loyal to Maharajah Ranjit Singh, however he respected his religion much more. On the day of Muharram on February 25, 1809 A.D., Shia Muslims of British army under Metcaulf, a British general who was visiting Amritsar along with his forces, decided to take out a procession in the streets of Amritsar, even though in Amritsar among Muslims, majority were Sunni Muslims. It also happened to be the day of Holi, when Nihangs were celebrating Hola Mohalla along with their celebrated leader and Jathedar of Akal Takth, Akali Phula singh. The Shia procession wended its way through the streets of Amritsar, beating their breasts to the chants of "Hassan, Hussein, Ali" They came in front of Golden Temple, where the Akalis were in prayer. The Akalis remonstrated with the processionists to go elsewhere. Arguments led to scuffle and Shia Seopys under General Metcaulfe came to a head on collision with Akalis. It is not known who were the aggressors. Even Metcalfe was doubtful and conceded that the first shot was probably fired by one of his Shia escorts. There were about 50 casualties on both sides. In the end this riot stopped when Ranjit Singh who happened to be in the city personally came forwarded and helped to quell the riot. He also went to Metcalfe and apologized for this riot. Ranjit Singh was impressed by the discipline shown by the Shia Sepoys under Metcalfe and Ranjit Singh promptly decided to Europeanise his Army.

Islamic Marriage of the Maharajah
When Maharajah Ranjit Singh wedded a Muslim woman, apparently to Muslim traditions in Amritsar; Phula Singh was again angered by the king\'s actions. He then declared to the entire Sikh Empire that the Maharajah no longer believed in the ways of Khalsa. Ranjit Singh came to Harmandir Sahib and admitted that he had made a mistake and was ordered to 50 lashes by Phula Singh, a punishment which the king accepted. Phula Singh then asked the gathered Sikhi community if the Maharajah should be pardoned of his mistake, as he was forgiven, Ranjit Singh vowed never to wed again.