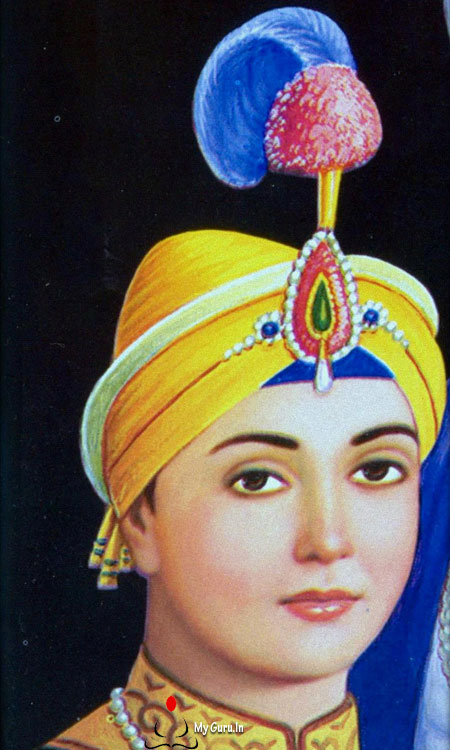 Sahibzada Fateh Singh was the youngest of Guru Gobind Singh\\\'s four sons. He and his older brother, Sahibzada Zorawar Singh are among the most hallowed martyrs in Sikhism. He is also known as Baba Fateh Singh. The term Baba is used in India for an elder who is respected for his wisdom.

History
A combination of Mughals and hillmen besieged Anandpur Sahib on the orders of Emperor Aurangzeb. The stock of food in the town ran out. The Mughals promised to leave the Sikhs alone if they would hand over the fortress of Anandpur. To this Guru Gobind agreed and left the town with his family and a small band of retainers.
Gangu brought Mata Gujri and the two Sahibzadas to his native village of Sahedi. Bribed by the Mughals, he turned over the three members of Guru Gobind\\\'s family to the faujdar of Morinda. They were then brought to Sirhind in the presence of Wazir Khan, the Nawab of Sirhind.
The two sons of Guru Gobind, Zorawar (9 years old) and Fateh (7 years old) were offered safe passage if they became Muslims. With a courage that belied their years, both boys refused to do so.
Wazir Khan sentenced them to death. They were bricked up alive within a wall.
Although he did not know it then, but Wazir Khan was to pay for the crime that he had committed. After Guru Gobind Singh Ji\\\'s death, Madhodas Bairagi, a hermit from Nanded, whom the Guru baptised as Gurbaksh Singh, also known as Banda Bahadur, besieged the Punjab. After laying waste, the cities of Samana and Sandhaura, he moved towards Sirhind and after defeating the Mughal forces, killed Wazir Khan.
The place where the two sons of Guru Gobind were bricked alive is today known as Fatehgarh Sahib.