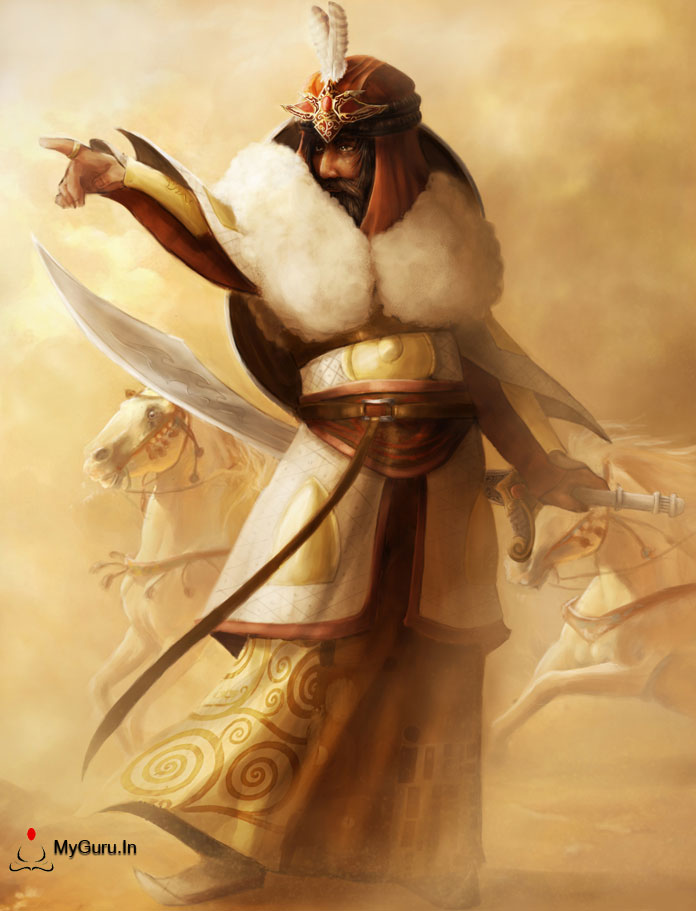 History
On 13 April 1590, Guru Arjan Dev Ji had inaugurated the conversion of a natural pond lying along the Delhi-Lahore highway into a quadrangular tank.
Digging operations commenced on the last day of the dark half of the month, Bhadon, falling on 19 August 1590. With the completion of digging, on Chet A\'Amavas 1653 Bk/19 March 1596, construction began on the main shrine, the Darbar Sahib, and ancillary buildings.

Under imperial authority, local official Nur-ud-Din ordered the construction of a new caravansary along the royal highway and confiscated all the bricks and the kilns scheduled for the holy shrine at Tarn Taran. He deputized his son, Amir-ud-Din; to have the bricks carried to the serai site where, besides the inn, a complete habitation named Nur Din sprang up. This was about 6 km to the northwest of the Guru\'s tank.
Further development of Tarn Taran remained suspended until 1768, when Sardar Budh Singh of Singhpuria Misl occupied the entire parganah of Patti, uprooted the village of Nur Din, and returned the bricks to the site of this sarovar. Sardar Budh Singh and Sardar Jassa Singh Ramgarhia combined to complete the building of the Darbar Sahib. Bungas or dwelling houses were built on the periphery of the holy tank.
In A.D. 1766 Jalandhar fell into the hands of the Sikh Misl of the Singhpuria, then under Khushal Singh. His son Budh Singh, who succeeded him as head of the Misl, built a masonry fort in the city, the site of which is now occupied by the Killa Mohalla while other leaders built forts of unburnt bricks. In 1811, Diwan Mohkam Chand was sent by Maharaja Ranjit Singh to annex the Faizullapuria possession in the Jalandhar Doab. Sardar Budh Singh fled to his protected possession across the Satluj. His troops surrendered in Jalandhar in October.
Maharaja Ranjit Singh visited the shrine in 1802, where he exchanged turbans with Sardar Fateh Singh Ahluvalia as a token of friendship. Ranjit Singh completed the steps on the two sides of the sarovar, left unfinished by Sardar Budh Singh and Jassa Singh, completed and paved its encircling passage.
Thereafter it was the capital of the possessions of the Lahore State in the Jalandhur Doab until annexation to the British dominions after the First Anglo-Sikh War (1845-46). It then became the headquarters of the Commissionership of the Trans-Satluj States, afterwards known as the Commissionership of Jalandhur.