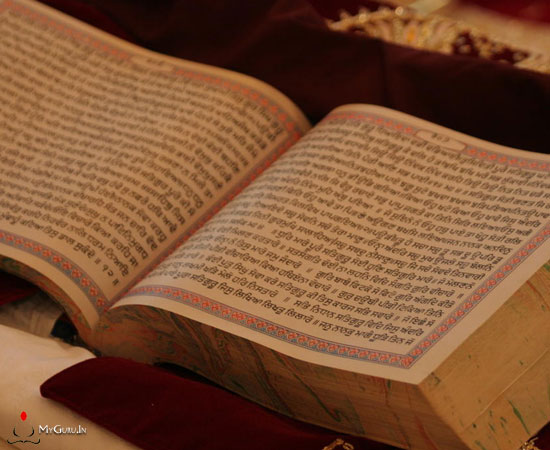 Rulers have to engage in various deceitful activities to strengthen their power base. To avoid embarrassment, such activities are commonly referred to as politics. Politics is simply a convenient acronym for deceitful activities. When Maharaja Ranjit Singh took control of the city of Lahore, he too used such tactics to bring all neighboring rulers, big and small, under his control. He used every conceivable means to successfully accomplish his vision. The Bhangi and Ramgariha Sardars (Rulers) were his strongest opposition. Ranjit Singh wanted to badly crush them and soon. The opposition leader, Sahib Singh Bhangi, was ruling Gujarat at the time.

When Sardar Dal Singh’s young spouse, Sardarni Dharam Kaur, learned of Maharaja Ranjit Singh’s deceitful tactics resulting in imprisonment of her husband and his moves to capture the city, she was filled with anger. She immediately decided to protect her independence and honor at any cost. As the attacking forces edged closer to town, she closed the doors of Akalgadh fort and started pounding them with cannon fire. Maharaja sent a demanding message, saying, "empty the fort, else your husband’s life will not be spared."
Sardarni Dharam Kaur responded "You are deceitful. Why should I listen to you, my husband listened to you and you imprisoned him! I will avenge my husband’s dishonor even if this means both of us die."
Maharaja was quite shaken by this response. What could he do? He put the Akalgadh fort under seize. Several months passed by, but the fort couldn’t be captured. Sardarni Dharam Kaur was fighting bravely. From time to time, she would come out of the fort with a few brave soldiers for surprise attacks. Causing serious casualties among the royal forces they would disappear back into the fort with lightening speed. Her surprise attacks were causing havoc among the royal forces.

It was nighfall and Maharaja was reviewing the battle status with his Generals (Sardars): Sardar Hari Singh Naluya, Sardar Nihal Singh Attariwalla and a few others. They had attacked Akalgadh expecting no resistance and instead it had turned into a long seize. Sardarni Dharam Kaur’s frequent surprise attacks were forcing him to abandon the seize. They desperately wanted to abandon the seize but now the seize did not want to abandon them. Additionally, they would lose the respect of Lahore if they returned empty handed.
Suddenly, there was there was the sound of fighting outside. Sardarni Dharam Kaur had thrown another surprise attack. She was heading towards the Maharaja’s tent and was killing many soldiers along the way. The Maharaja and the Sardars quickly drew their weapons and raced outside. Sardarni Dharam Kaur looked down at them from horseback, with a blood-red sword raised in her hand she looked straight into the Maharajas eyes - "It’s time to talk Ranjit Singh!"

"Ranjit Singh, you deceitfully arrested my husband, thinking no one else would challenge you. You made a grave mistake. I have been blessed with same ‘khanda-batta-da-amrit’ of Guru Gobind Singh Jee that you have. Each Khalsa values independence and honor. So you have no right to steal it from us. Abandon the seize and leave by tomorrow, otherwise you will find yourself in a major war."
The Sardars stepped forward and attempted to arrest her but pulling their horses around Sardarni Dharam Kaur and her soldiers easily escaped through the Maharaja’s royal forces as a knife cuts through butter. The Maharaja slowly uttered these words to his Sardars: "there is no hope of capturing this fort when it is protected by such a brave woman."
Early next morning, one of the Maharaja’s Sardars came rushing into the royal tent. He reported,’ Sardarni Dharam Kaur’s troops have begun intense fighting. We also have news that Sahib Singh Bhangi and Jodh Singh Vajiraba are heading towards us with large armies.’
Maharaja had never dreamt that a woman could do all this. Now, Sardarni Dharam Kaur’s threat of last night had some significant weight attached. Maharaja gave orders for immediate abandonment of the seize and quickly left for Lahore. He immediately released Sardar Dal Singh saying, "My dear friend, no worldly power can subjugate a man whose wife is so brave, intelligent, and diplomatic."
Sardarni Dharam Kaur’s bravery, courage, intelligence and political manoevures remain exemplary in Sikh history. It boldly announces to the world that the brave daughters of Guru Gobind Singh Jee are capable leaders.