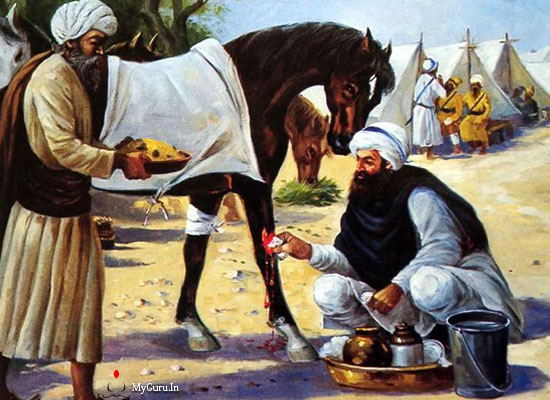 Bhai Tara Singh Wan was an eighteenth century Sikh martyr. He was from the village of Wan, also known as Wan Tara Singh and Dall-Wan now in Amritsar district of the Eastern Punjab.

Family background
His father, S. Gurdas Singh, had received the rites of the Khalsa in the time of Guru Gobind Singh Sahib, and had taken part in the Battle of Amritsar (6 April 1709), in which Bhai Mani Singh led the Sikhs and in which Har Sahai, a revenue official of Patti, was killed at his (Gurdas Singh\'s) hands. Baba Gurdas Singh took martyrdom in Bajwara (Hoshiarpur) when he went along with Baba Banda Singh to fight for Sirhind. Baba Gurdas Singh was married in next village of Rajoke.

Early life
Bhai Tara Singh, the eldest of the five sons of Gurdas Singh, was born around 1687. He took Amrit from Bhai Mani Singh. Receiving the rites of initiation, he grew up to be a devout Sikh, skilled in the martial arts.