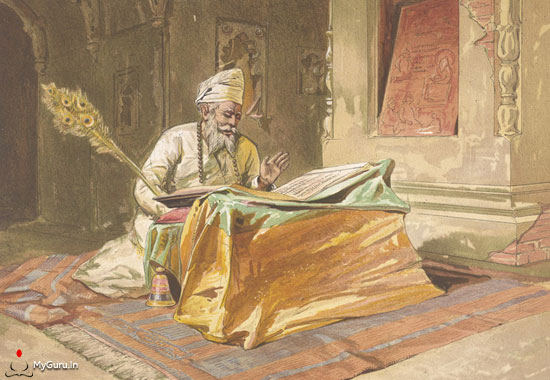 Sarbat Khalsa from sarva, a Sanskrit word meaning all or everything, was a biannual deliberative assembly of the entire Khalsa held at Amritsar in Panjab during the 18th century. It literally translates to the "entire Sikh Nation" but as a political institution it refers to the meetings of the Dal Khalsa, Sikh Misls, and the legislature of the Sikh Empire.The first Sarbat Khalsa was called by the tenth guru, Guru Gobind Singh before his death in 1708 and the tradition of calling Sarbat Khalsa has continued ever since at times of hardship or conflict.The last major Sarbat Khalsa was in 1986 at the declaration of Khalistan in Amritsar outside the Akal Takht.

History
After the death of Banda Singh Bahadur in 1716 the Khalsa was in disarray. After 1716, the Mughal government began a campaign of genocide against Sikhs led by Abdus Samad Khan and later his son Zakariya Khan that was carried out by in the form of a standing army dedicated to eliminating Sikhs, daily public executions, and monetary rewards for the heads of killed Sikhs. The Dal Khalsa "reataliated by killing government functionaries and plundering Mughal posts, arsenals, and treasuries". In 1733, because of the failure of the Mughal government to subdue the Sikhs they were offered a jagir in 1733. Nawab Kapur Singh was appointed head of the Dal Khalsa and he reorganized the Sikhs into the Taruna Dal and Budda Dal. The Taruna Dal formed the basis of the Sikh Misls.

Procedures
Meetings of the Sarbat Khalsa began with an Ardās, a Sikh prayer for guidance. The body then chose Panj Piare, or five members, to act as the governing body of the mass meeting. To become one of the Panj Piare members would have to be nominated, answer objections from the assembly, and be subject to a direct vote. After their election the Panj Piare sat next to the Guru Granth Sahib on the Akal Takht of Harmandir Sahib. Members put proposals up for consideration and the Panj Piare intervened in disputes that came up during the assembly. A proposal passed by the Sarbat Khalsa, known as a Gurmata (The Guru\'s decision) was binding on all Sikhs.