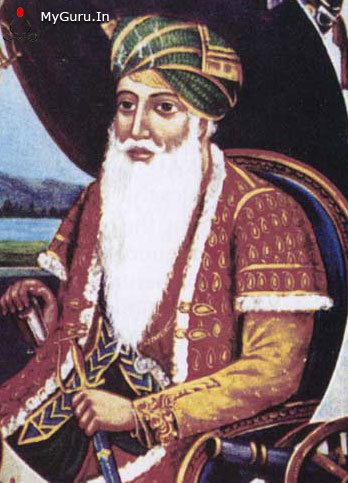 The Sukerchakia Misl was one of 12  Sikh Misls in Punjab during the 18th century concentrated in Gujranwala and Hafizabad district in Western Punjab and ruled from (1752-1801). The Sukerchakia last Misldar (commander of the Misl) was Maharaja Ranjit Singh. Towards the end of the eighteenth century, Maharaja Ranjit Singh united all the misls and established an independent kingdom in Punjab.

History
Sardar Charat Singh was the eldest son of Sardar Naudh Singh, the father of Maha Singh, and the grandfather of Ranjit Singh.
He distinguished himself at an early age in campaigns against Ahmad Shah Abdali and split from the Singhpuria Misl to establish The Sukerchakia Misl in Gujranwala. He married Sardarni Desan Kaur the daughter of Sardar Amir Singh of Gujranwala, an older but still powerful sardar, and moved his headquarters there. He extended his rule in Rohtas, Chakwal, Pind Dadan Khan which Stood in Pothohar Region of Northern Punjab and took Wazirabad under his control. They came Sardar Mahan Singh (d.1792) who also expanded the Misl further. After the decline of the Mughals, Maharaja Ranjit Singh united all the misls and shaped a powerful kingdom in Punjab.