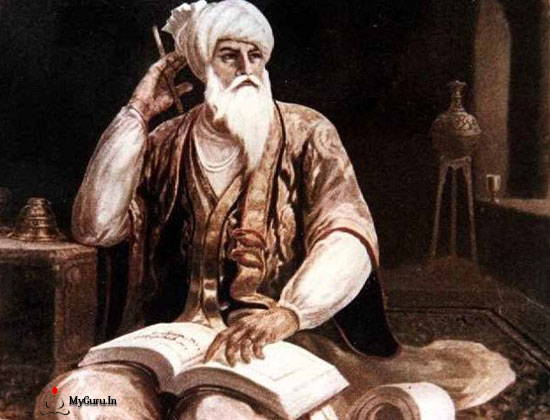 Bhai Nand Lal (1633–1713), also known as Bhai Nand Lal Singh, was a 17th-century Persian, and Arabic poet in the Punjab region. He was one of the fifty-two poets of Guru Gobind Singh\'s Darbar (court). He was born in Ghazni in Afghanistan to father Chhajju Ram who was a famous Persian scholar himself. Bhai Sahib lived in Multan and later became a courtier in Darbar (court) of Guru Gobind Singh; the tenth Sikh Guru.

History
He was provided education in Arabic, Persian, and Mathematics during his early years. At the age of 12 he started writing poetry in Persian under the pen name Goya. At the age of 17 he lost his mother, and two years later his father. In 1652, he went to Multan and settled over there, and was married to a Sikh girl. Thereafter, he became inclined towards Sikhism, met Guru Gobind Singh in 1682 and later became Amritdhari. In 1707, he finally left his job with Prince Muazzam and appeared before Guru Gobind Singh. He came to Multan again in 1712 after the death of Bahadur Shah I and started a school of Arabic & Persian. He died in 1713 when in Multan.