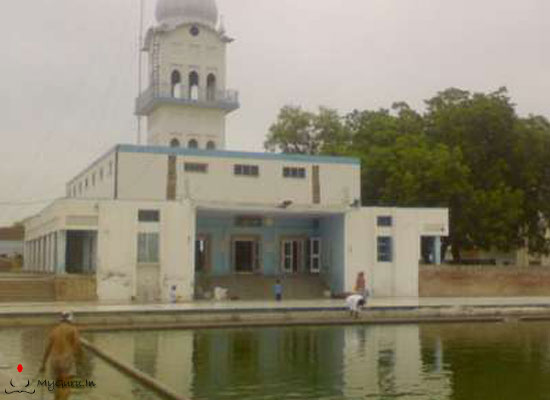 Gurdwara Haji Rattan is situated at Bathinda and is around 2 km from city center. The Gurdwara is named after Haji Rattan, a Muslim saint, who was close to some Sikh Gurus who visited the place during their lifetime.
Gurdwara Haji Rattan is associated with the visits of Guru Nanak Dev, Guru Hargobind Singh and Guru Gobind Singh. The tomb of Haji Rattan and a mosque lies next to the Gurdwara.
People belonging to Sikh and Muslim communities throng these places on auspicious occasions and celebrate their festivals.

Haji Rattan is a most unusual name for a Sikh Gurdwara. While on his way to Talwandi Sabo Guru Gobind Singh camped here for the night outside the mausoleum of the Muslim saint Haji Rattan. The tomb\'s keepers tried to dissuade the Guru from sleeping here with the excuse that the place was haunted. Since Sikhs don\'t build tombs and the Guru like other Sikhs didn\'t believe in ghosts he spent the night here to show the people that such superstitions were ungrounded.

One of the most intriguing things is that Haji Ratan of Bhatinda in Punjab is claimed by Hindus, Muslims and Sikhs as their own despite his strong Muslim connections, pointed to most noteably by the addition to his name of Haji.The Dargah of the Sufi Sant Haji Rattan is one.