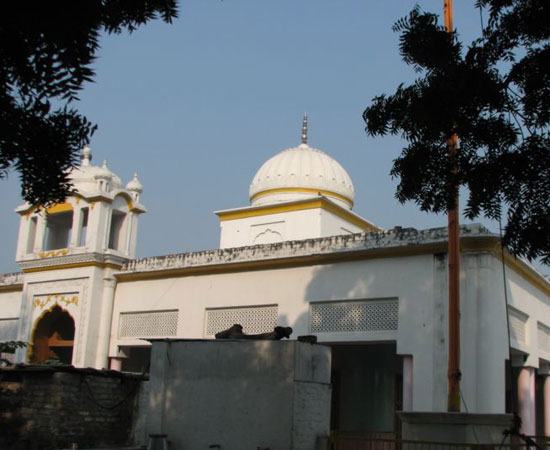 Gurdwara Manji Sahib Patshahi Nauvin Village Shahpur Kalan 13 km west of Sunam in Sangrur district of the Punjab, is sacred to Guru Tegh Bahadur who, during one of his journeys through the Malva country, came and stayed here near the pond north of the Village. Gurdwara Manji Sahib Patshahi Nauvin, which marks the site, comprises a Manji Sahib and a Darbar Sahib. The former is a square domed room, with a circumambulatory verandah. The Darbar Sahib is a separate hall with a square sanctum in the middle and a high vaulted ceiling. The Guru Granth Sahib is seated in both buildings. The Gurdwara is managed by a committee of the Village sangat.