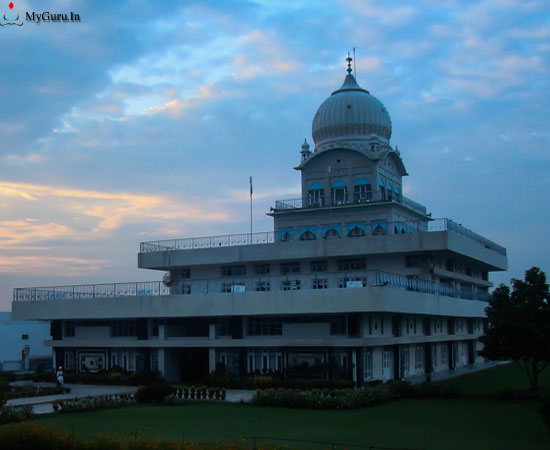 Gurdwara Tibbi Sahib is located on the outskirts of the city of Muktsar on the Guru Harsahai-Muktsar bypass road. It is three kilometers from Gurdwara Tuti Gandi Sahib. Situated at a distance of 45 kms from Faridkot.

History
Muktsar in south-west Punjab commemorates the martyrdom of the 40 Sikh soldiers. These men had earlier deserted Guru Gobind Singh during the siege of Anandpur Sahib, though they finally died fighting for him during his battle against the Mughals on 29 December 1705. When the Guru learnt about their supreme sacrifice, he kissed all the dead and the dying and called them the Chaali Mukte or the Forty Liberated Ones. He renamed Khidrana pond, the site of the battle, as Muktsar or the pool of salvation.

Darbar Sahib is the principal shrine at Muktsar. It was originally constructed in 1743 but the present building only dates to the 1980s. It is also known as Gurdwara Tuti Gandi Sahib.

There are several gurdwaras in Muktsar town commemorating the events of that day. Gurdwara Tambu Sahib marks the elaborate ruse the forty soldiers worked out, turning bushes into tents or tambus; the magnificent Gurdwara Shahidganj Sahib marks the spot where the Guru conducted the last rites of the Chaali Mukte; Gurdwara Tibbi Sahib is on the mound or tibbi from where Guru Gobind Singh shot his arrows at the Mughals.

Special Events:
The birthdays of Guru Nanak Dev Ji, Guru Gobind Singh Ji and shahidi purab of Guru Arjun Dev Ji are celebrated with great fervour here. The Magh Mela is organized on the 12th and 13th of January to commemorate the sacrifice of the Forty Muktas. Diwali and Baisakhi are also celebrated.