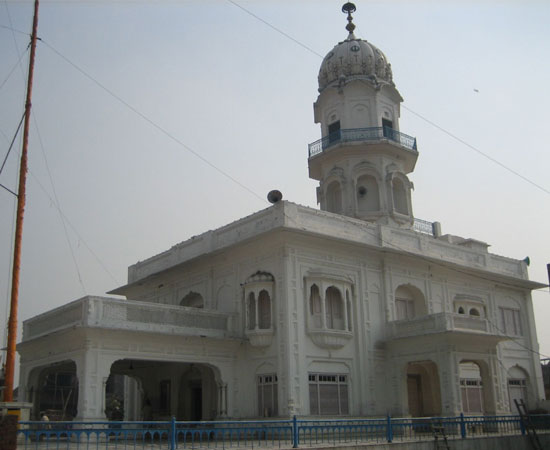 GURUDWARA SHRI GURU KI WADALI is situated in the Village Guru Ki Wadali in Amritsar Distt. Its only 8 Km from Amritsar city.
Guru Hargobind ji , the sixth Guru of the Sikhs was born on June 14,1595 at village Wadali. The birth place of the Guru has beautiful shrine named as Gurudwara Guru Ki Wadali. This small village has become a place of pilgrimage, where devotees come from far and near to pay homage to Mata Ganga who gave birth to the great Guru, the giver of a new direction to the Sikh faith. Guru Hargobind ji was a saint and a soldier and the first military hero of the people of Punjab in 600 years since the conquest of Punjab by the Muslims. Guru Hargobind ji always carried two swords to symbolize the concepts of Miri and Piri. Piri meaning spiritual
authority and Miri meaning temporal authority, Sikhs are expected to maintain a balance between the two, to be soldiers and saints.