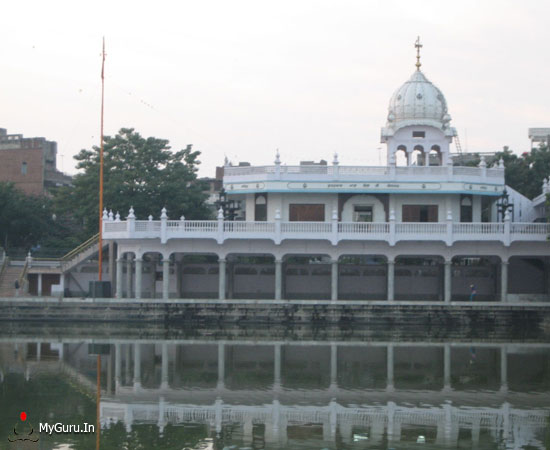 Gurudwara Sri Mata Kaulsar Sahib is situated in the Amritsar city. This Gurudwara Sahib is situated on the back side of Gurudwara Sri Harmandir Sahib and on the west of Gurudwara Baba Atal Sahib ji. This Gurudwara Sahib is in memory of Mata Kaulan ji, a spiritual Muslim Lady, daughter of Qazi of Lahore. Her father Qazi of Lahore had pronounced death. She was a highly spiritual woman who was above religious divides and took refuge with the sixth master Guru Hargobind Ji at Amritsar (1606-1645). The samadh of this lady, who is called Mata Kaulan lies at the western end of the Kaulsar Gurdwara.

Mata Kaulan, against whom her ‘father’ the qazi Saint Main Mir ji who was living in the same Village rescued her and brought her in the protection of Sri Guru HarGobind Sahib ji. Mata ji spend her rest of life Devoting to service of mankind and meditation. Once she posed the affection of having a son (marrying Guru Sahib). Guru Sahib ji realising her feelings, eliminated them through eternal enlightenment. On this Mata ji expressed her feelings that after her death no one will ever remember her. Guru Sahib blessed Mata ji that her name will remain for ever through the holy srover. Guru Sahib has directed all Devotees to take a dip in Kaulsar Sahib Srovar before going to Sri Harmandir Sahib.
Mata Kaulan, who was allotted a special place near the Golden Temple and Baba Atal, spent her entire life there before breathing her last at Kartarpur.
The excavation of Kaulsar was started in 1624 and was completed in 1627 under the supervision of Baba Budhaji, first head granthi of the Golden Temple.